The Paradox of Growing in the Desert

Life is filled with paradoxes… the unlikely things that coexist and keep the world going round, but makes you stop and pause. The beginning of the end, saving money by spending it, or in the case of agriculture, growing in the desert.

That is what struck me when I first visited Yuma, Arizona, where a major part of their economy is centered around growing. As you drive from Phoenix westward, you see mountain ranges standing over an expanse of sand, dryness, and desolation. Signs of fertility are few and far between with the occasional grouping of mesquite, scrub bush, or saguaro.

As you cross the mountains and enter the Yuma valley, green fields and growth become abundant. There are miles upon miles of fields brimming over with leafy greens, parsley and cilantro. In some of the valley areas you’ll find the alternating rows of tender greens, where the spring mix you find in the store is born.

The mystery of all this growth in a desert region didn’t really hit me until I saw the lemon groves. They were planted on the tops of the mesas, which you climbed and descended to reach the valley areas. The ground around these trees was sandy.

“Don’t let the sand fool you, there is good clay underneath.” That was what Matt, one of our partners at Fresh Avenue, told me as we drove past the lemon groves.

This certainly was a paradox. The surrounding miles were void of growth, and here it was in abundance. The warm winters from it’s Southernly location attract produce farmers as well as many a snowbird with their RV. David, our Western Sales Manager in Phoenix, explained that they have only two seasons in Arizona; heaven and hell. I’m pretty glad that for those of us in the produce industry, our season falls in heaven.

The one ingredient that makes this paradox happen is water. The valley is fed by the Colorado river and as you travel through the fields, there is an intricate system of concrete lined irrigation canals and underground concrete pipelines. The lemon groves are flood irrigated as are the many date groves we drove by.

With a scare commodity, management is critical.  In Yuma, there are seven irrigation districts that are completely sourced by the Colorado River.  Delivery of the water is carefully metered making Yuma’s irrigation networks one of the most efficient in the world. Combined with plenty of sun and warmth, Yuma supplies 90% of the nation’s lettuce supply from November to April.

On the three-hour drive from Phoenix to Yuma you’ll see very little vegetation and a whole lot of sand.  Sunshine and warmth are abundant on the drive, but the secret to this paradox of growth in the desert quite simply is its water.

Take a look at some of Yuma’s produce fields and irrigation network! 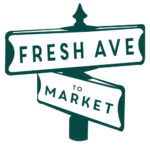