How the Heck did Kale become a Thing?

What would you do with 12 pounds of chopped kale?  When I do photoshoots of our producer’s items, I am often left with a LOT of vegetables and I try to pass them on to friends and family.  So when I received a case of kale, I knew it was going to be a challenge.  But I discovered there is a community of people that do embrace kale and all its fiber and nutritiousness – runners.  We’re talking getting up at 4 am to run 10 or 20 mile runners.  I took my 2 pounds of kale divided up in little baggies to the running store and by the time I was done with my walk, all but one baggie was taken.  I couldn’t believe it, I had found a subset of people who loved free kale!

I’m not going to pretend that everyone loves kale (like these distance runners). A google search will show you the champions and haters of this vegetable. Kale is something you either love or hate, but it makes me wonder, how did something so polarizing become so wildly popular? One person: Oberon Sinclair.  She loved kale, thought it was nutritious and decided to make it popular.  As I read this Bustle article about the beginning of the kale boom, I decided that I liked this gal.  She launched a guerrilla marketing campaign to promote kale and also created the fictitious American Kale Association to bring notoriety to her efforts. It made me think, what can I do to encourage more people to eat their veggies?

“I’m a punk at heart… I wanted to do something differently- and I did.”  -Obereon Sinclair for Bustle

Another woman claiming responsibility for kale’s popularity is Mimi Sheraton. Mimi is a bit of an idol for me, the daughter of a produce merchant, studied marketing, and became the first female food critic for the NY Times.  She said the kale thing started with an article she wrote in 1976 about its uses, but also pointed out how freezing tenderized it and that kale was traditionally cooked through the years before its raw manifestation in salads and smoothies. You can read more about her opinions and history of kale here.

For me kale is a captivating study to see how certain produce items fall in and out of popularity and the things that happen behind the scenes to nudge public opinion. This is something we see with all the eating do’s and don’ts.  But this is also a lesson for us in produce, these foods are intrinsically good for everyone to eat and we help make lives healthier and better when using them abundantly in menus, promoting them in our marketing, or simply selling more fresh fruits and vegetables.

You don’t have to be a distance runner to enjoy kale, nor do you need to create a fake association or write an article that makes a leafy green popular.  What you do need is the same determination, passion, and action to add more of it in your life and the life of others. Oh, and don’t forget to top it off with a kale smoothie! 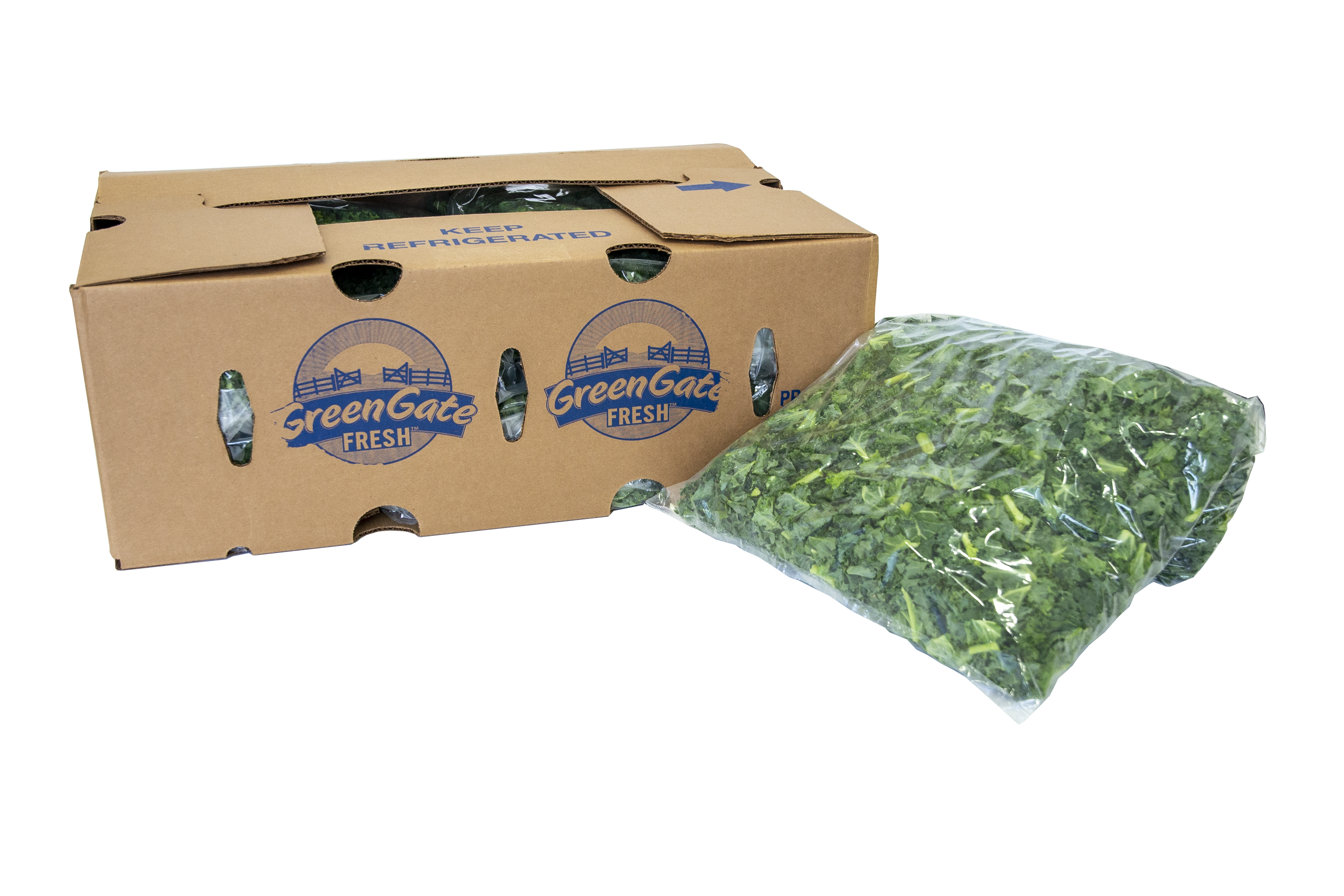 All the nutrition of kale with all the advantages of a fresh cut product! Learn more about this latest release from GreenGate Fresh!